Anarchic septugenarian Bill Greenhalgh, creates uncompromising paintings which defy immediate categorisation. He was trained in Bristol by Paul Feiler, and deeply influenced by Roger Hilton, Peter Lanyon, Terry Frost, and others of that grand generation. Essentially, his work is about story-telling. The artist can spin a yarn about every shape. The manic, hopping and jumping imagery is very obviously driven by narratives. Use of strong colour and enigmatic shapes offer an entry into a selfreferential universe, a place occupied by objects and creatures of his own invention, where nothining is as it seems.

Bill Greenhalgh has been a painter pretty much all his life, he moved to London in the mid-1970s, and has been there ever since. One of the early occupants of an East End factory space in Bow, where he lived and worked, he now resides south of the river and works in the Thames Side Studio Complex. But to speak to, you might think he had never left Bolton.

His artistic vision is one that taps into the grand heritage of Modernism, and his sources range across the last century, pulling-in things and fusing them with whatever concerns him at the time. The aphorism ‘good artists copy, great artists steal’ has been attributed to Picasso, and whether he said it or not, it is beautifully indicative of that master’s outlook. We can say the same of Greenhalgh. He is a deeply eclectic artist who has always shown the ability to take what he needs from others, in order to make what he wants. 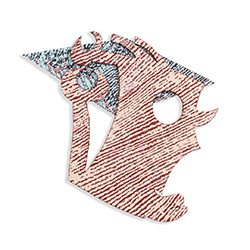 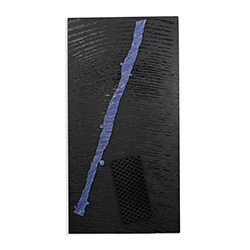 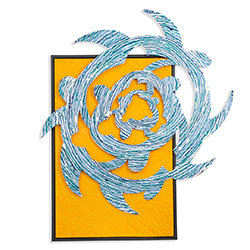 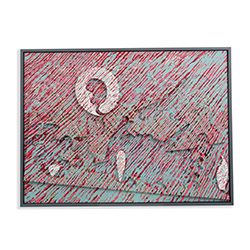